the RAP will enable the Alliance, at the operational level, to rapidly deploy troops in crisis situations, but it lacks the political level decision-making mechanism needed to rapidly initiate the process. 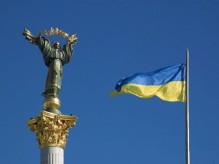 What if Russia supported the new government in Ukraine?

10 images 10 responses… Ukrainians and Russians are truly brother nations and if Russia does not pull Ukraine back into authoritarianism, then Ukraine will push Russia onto democratic transition path

Understanding Putin: how far will he go?

The Russian government has cultivated a myth that President Vladimir Putin is a superhero, who needs to rescue Russia from an existential threat. The Kremlin’s neo-imperial political agenda thrives on the sense of an indignant national pride in Russia, which has developed in the aftermath of a series of challenging historic events that left the country with a more modest role in the international affairs than before. According to Putin’s current popularity ratings and public opinion polls, following Russian military intervention in Ukraine, so far, the Kremlin has been successful in marketing its apocalyptic saga. The main question is, how much longer will Russians buy into the myth of an existential threat?