1. Desiccation of the Aral Sea in Central Asia

Formerly one of the largest lakes on Earth, the Aral Sea has almost completely dried out. The desiccation of the lake located between Kazakhstan and Uzbekistan, has not only led to the economic collapse of the neighboring communities, but also the dust from the exposed lakebed that was contaminated with agricultural chemicals has become a public health hazard.[1] 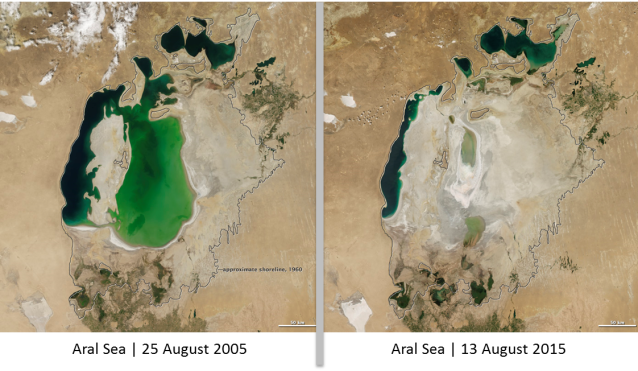 2. Desiccation of Lake Urmia in Iran

Located between the West Azerbaijan and East Azerbaijan provinces of Iran, Lake Urmia has shrunk to mere 12% of its size in 1970s.[2] Like the Aral Sea, Lake Urmia is exposing a salt desert that generates toxic dust that is harmful for both the crops, as well as the people from neighboring regions.[3] Consequently, affected Azerbaijanis have tried several public campaigns to coerce the central authorities in Tehran to take action against the desiccation of the lake, but all in vain. 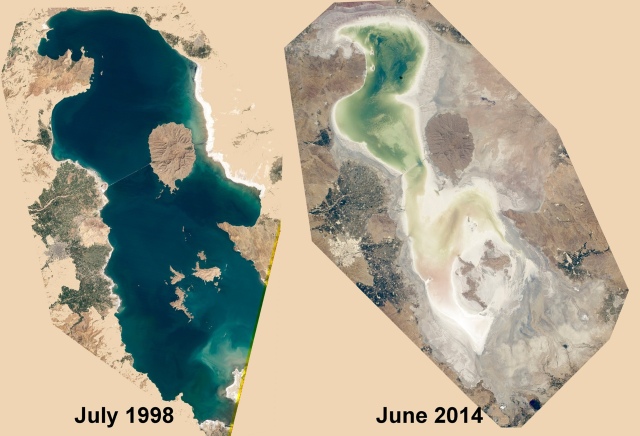 A study by Massachusetts Institute of Technology, published on 26 October 2015, revealed that by the end of the century temperature and humidity levels on the Persian Gulf might exceed a threshold for human adaptability, unless carbon emissions are significantly reduced. 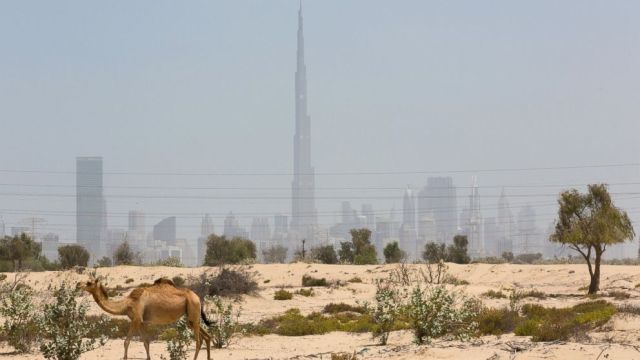 “We must limit global temperature rise to 2 degrees. We are far from there, and even that is enough to cause dire consequences. If we continue along the current path, we are close to a 6 degree increase” – speaking at the Council on Foreign Relations, February 2013

On 17 January 2014, Governor Edmund Brown declared a state of emergency in the State of California due to record dry conditions.[4] Governor Brown said: “We’re facing perhaps the worst drought California has ever seen since records began being kept about 100 years ago.”

6. Message from the US President, Barack Obama: 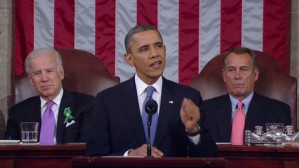 “No challenge poses a greater threat to future generations than climate change.” – State of The Union Address, 20 January 2015

7. Biodiversity: extinction of the species

8. Message from the Head of Roman Catholic Church, Pope Francis: 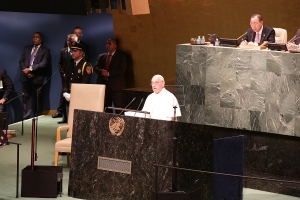 “The ecological crisis, and the large-scale destruction of biodiversity, can threaten the very existence of the human species” – address to the 70th session of the United Nations General Assembly, 25 September 2015. 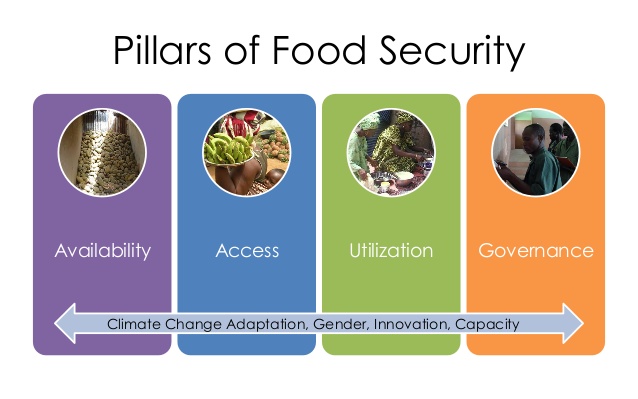 By 2025, 1.8 billion people will be living in countries or regions with absolute water scarcity, and two-thirds of the world’s population could be living under water stressed conditions. – World Water Assessment Programme (WWAP), March 2012.

Potential environmental crisis in the unknown future is no longer as distant and it’s encroaching at us at much faster pace than expected. There’s little time to take universal action against human damages to the ecosystem, before it’s too late. So, bring up the environmental issues, discuss them and demand the reforms that would minimize human impact on our environment.

One thought on “10 Warning Messages about the Environment”